Folk songs from the Eastern Counties

This is the third in a series of four albums recording all 81 (originally 80 but we turned up another one!) of the folk songs in English that Ralph Vaughan Williams arranged for voice and piano or violin. 57 songs have not previously been recorded in these arrangements.

This album has 21 tracks including 14 world premières. The principal collection (15 tracks) comprises folk songs collected by Vaughan Williams himself from ‘The Eastern Counties’ – primarily Essex, Norfolk and Cambridgeshire – and published by him in these arrangements in 1908. These are thus the earliest works in the series. Additionally, there are Twelve Traditional Country Dances arranged for Maud Karpeles in 1931 and songs from The Penguin Book of English Folk Songs and from The Motherland Song Book.

Robert Moore wrote of Volumes 1 and 2 in The American Record Guide: ‘These wonderful performances are everything I can imagine VW would have hoped for. When the project is completed, it will stand as one of the finest testaments to his life. The program notes give valuable background information about the songs and the process of recording them. Texts are included though the singers’ diction is so clear that they are hardly needed.’ 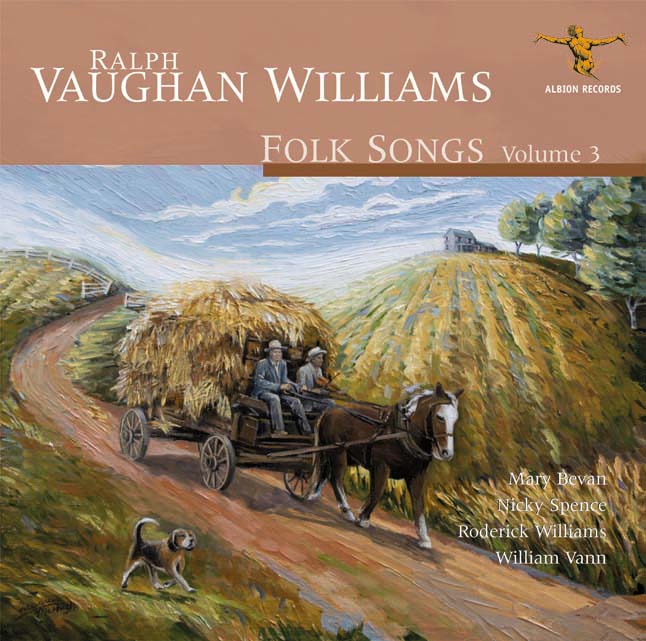 Most of this disc is dedicated to songs the composer collected in the eastern counties and published in 1908. To aficionados, much will be familiar: Bushes and Briars, the first song he collected (in a Darby and Joan Club in Essex in December 1903), here superbly sung by our finest living baritone, Roderick Williams; the other vocalists are soprano Mary Bevan and tenor Nicky Spence, accompanied by William Vann. Two songs from King’s Lynn – The Captain’s Apprentice and On Board a Ninety-Eight – were later reused in his first Norfolk Rhapsody, and there are other staples of the genre, such as Ward, the Pirate and As I Walked Out. The fourth and final album is out next year, for the composer’s sesquicentenary, and it can’t come soon enough.

Folk Songs from the Eastern Counties (1908)