Music for Stage and Screen

Archive recordings from the film and theatre worlds

Ralph Vaughan Williams’s great theme for the wartime film 49th Parallel (which opens and closes the album) has reappeared in many guises, but is still popular in its original form.

Muir Mathieson, who recorded the soundtrack, made this early recording in 1948. A composer himself, Mathieson conducted music for many films and commissioned film scores from others, including several on this recording.

At the heart of this release is Sir Thomas Beecham’s memorable performance of Falla’s El Amor Brujo taken from the soundtrack to the film Honeymoon (1962). Beecham knew Manuel de Falla and brings remarkable authority to the music along with his trademark rhythmic elan and lyrical expressiveness. Beecham did not record El Amor Brujo commercially which adds to the special appeal of the new recording.

Gustav Holst’s ballet The Perfect Fool was first performed in 1923, but the recording presented here is Sir Adrian Boult’s first recording, from 1954.

Lorna’s Song from the film Lorna Doone is the only film music composed by Rutland Boughton; this brings back to circulation a delightful recording not heard since the days of 78s, and sung by the star of the film, Victoria Hopper, who is featured on the cover image. The excerpts from the first performances of Hassan by Delius were recorded live in 1923 and have not previously been issued in a digital audio format. The album also includes evocative music by Alwyn, Bliss, Clifton Parker and Walton. 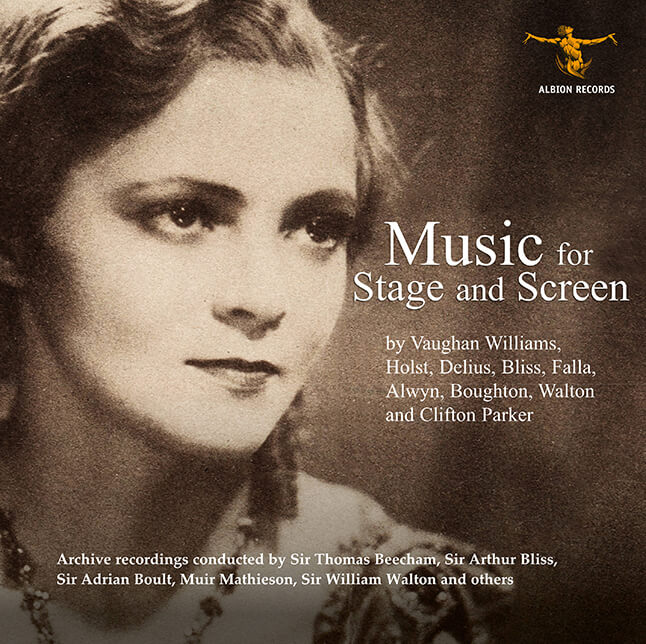