Reproduced with thanks from The Telegraph, 4 May 2002

“Widows,” says Ursula Vaughan Williams, “are members of the dreariest club in the world.” And having been a famous widow for 44 years – her composer-husband died in 1958 – she speaks with some authority on the subject. It has been her life’s work, as is not uncommon in the music business, where great men preoccupied with great achievements tend to marry late: the bride a fraction of the bridegroom’s age, and destined for a long, lonely career as keeper of the flame. Susana Walton, Madeleine Milhaud, Evelyn Barbirolli, Shirley Beecham.

But sheer longevity, as well as style and elegance and the endearing, racily off-colour freedom of the grandly old to say whatever they damn well please, make Ursula the queen (or maybe the queen mother) of music widows. She has just turned 92, and is a fabulous survivor and repository of stories: many of them well-known since she put them in her classic memoir of Vaughan Williams published in 1964 by Oxford University Press. But there’s a sacrifice of self involved in tending the flame of someone else’s greatness. For a widow it’s like literary suttee; and especially for Ursula, who was, and still is, a creative artist in her own right, a librettist and poet. She has stories of her own, and here they are.

To any reader with a love of English music, its chief interest will naturally be the story of her marriage and the curious wartime circumstances that drew a woman of 42 into wedlock with a man of 81. But more broadly the book is a wonderful – if idiosyncratic – evocation of a world the author watched disintegrate around her; the world of a distinguished military and naval family enjoying the last comforts of the Edwardian colonial twilight. Ursula was born on Malta in 1911, and her early life danced between the service towns where she learned to master social problems of a kind rarely encountered now – such as how to waltz with men in dress-spurs without damaging your ball gown.

But Ursula had a low boredom threshold, and was destined to rebel – starting with the Girl Guides, from which she was dismissed for “dishonourable conduct” (the offence was travelling to camp-meetings by taxi). Worse still, she discovered literature and taunted huntin’, shootin’ subalterns at dinner parties by discussing symbolist poetry. It didn’t do.

Surprisingly, she then married a soldier and spent several years living alone in rented rooms while Captain Wood, her husband, did his soldiering elsewhere. But in that time alone she started to write poems, stories, radio scripts, and the scenario for a ballet that she sent to Ralph Vaughan Williams, unsolicited, for perusal. Nothing came of it. But the two parties met and formed a friendship that turned, slowly, into more. Vaughan Williams was already married, but his wife Adeline was chronically disabled and appears, in the most amicable way, to have adopted Ursula as a successor. During the war-time air-raids all three – Adeline, Ralph, Ursula – slept in the same room in adjacent beds, holding each others’ hands for comfort. And when Captain Wood and Adeline both died, it was inevitable that the two surviving spouses came together.

In the event, the marriage barely lasted five years – until 1958, when Ralph’s death despatched Ursula to her long, enduring second widowhood and the peculiar relic-status she describes as “like a bit of the true cross being bandied about”. Or perhaps, more realistically, “the remainder biscuit after a long voyage”. An immediate need was, as she says, “for proof of my own continued existence”; and she found it in writing. During two decades of knowing Ralph, she had persistently provided him with words to set, and since his death she has been librettist for 16 other composers including Herbert Howells, Malcolm Williamson and Elizabeth Lutyens. For this sterling work alone she deserves to be remembered.

This is a genteel book, written with enormous charm and humour. The stories can be priceless, such as the moment at the White House when Pat Nixon for some reason seizes Ursula’s free hand in a performance of VW’s Serenade to Music. “I was acutely embarrassed,” writes Ursula, “for I knew how long the Serenade is, and she didn’t, and 14 minutes is too long to hold hands.”

Back to Albion Music 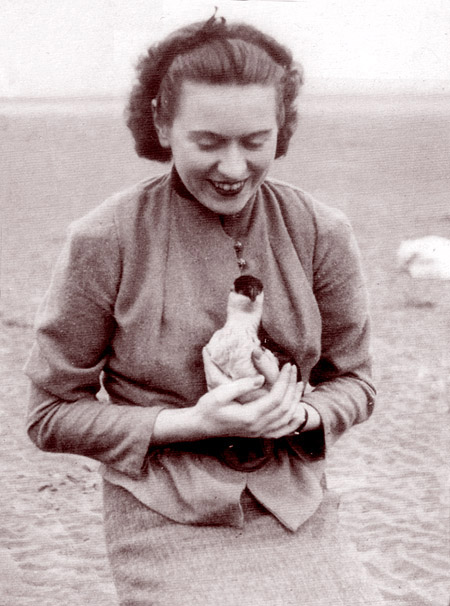