We celebrate the 150th birthday of Ralph Vaughan Williams, on Wednesday 12 October 2022, with this unique compilation album. The booklet suggests that 12 October is a good day for a party – despite which the collection includes a number of premiere recordings and is wholly serious in intent.

The album takes its name from Serenade to Music, transcribed here for organ by David Briggs and recorded on the Willis organ of Truro Cathedral. David also gives us quite an astonishing transformation of the March Past of the Kitchen Utensils from The Wasps.

We hear premiere recordings of a Flourish for Three Trumpets and Four ‘Cambridge’ Flourishes for Four Trumpets, played by members of Tredegar Town Band, and we hear the whole band later in an arrangement of Two Carols made by Paul Hindmarsh using Vaughan Williams’s harmonies.

There are three folk songs from Albion’s Complete Folk Songs series – but these are new recordings for this album, each of the three soloists singing a folk song previously recorded by one of the others.

Lynn Arnold and Charles Matthews reprise the early Suite for Four Hands on One Pianoforte, with the original version of the Minuet. Charles Matthews goes on to play organ arrangements of three works by Vaughan Williams.

Serenade is a mixed bag of an album, and is both a celebration of a great anniversary and a further contribution to Albion’s rich harvest of lesser-known works and new (and old) arrangements. 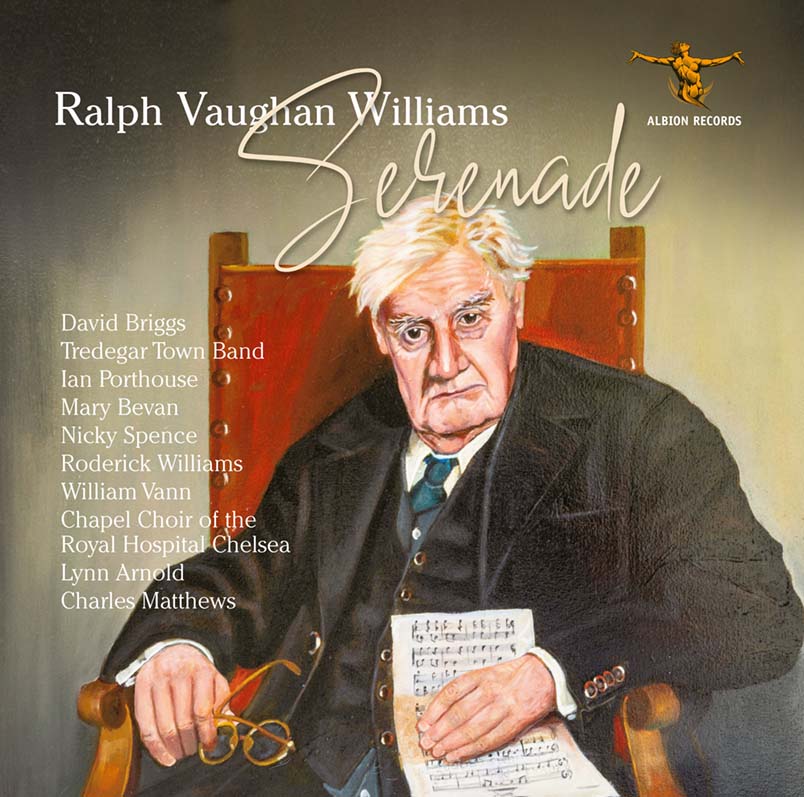 All of these performers have appeared before on various Albion discs, and all are in equally fine fettle here, with everything done to a fare-thee-well. As always, Albion provides a model booklet with thorough notes, texts for the vocal items, artist bios, excellent recorded sound, and numerous color photos in a quality release. This disc would make a perfect stocking stuffer for Christmas, or whatever holiday you may or may not observe instead, as a gift to family and friends. Cheerily recommended. 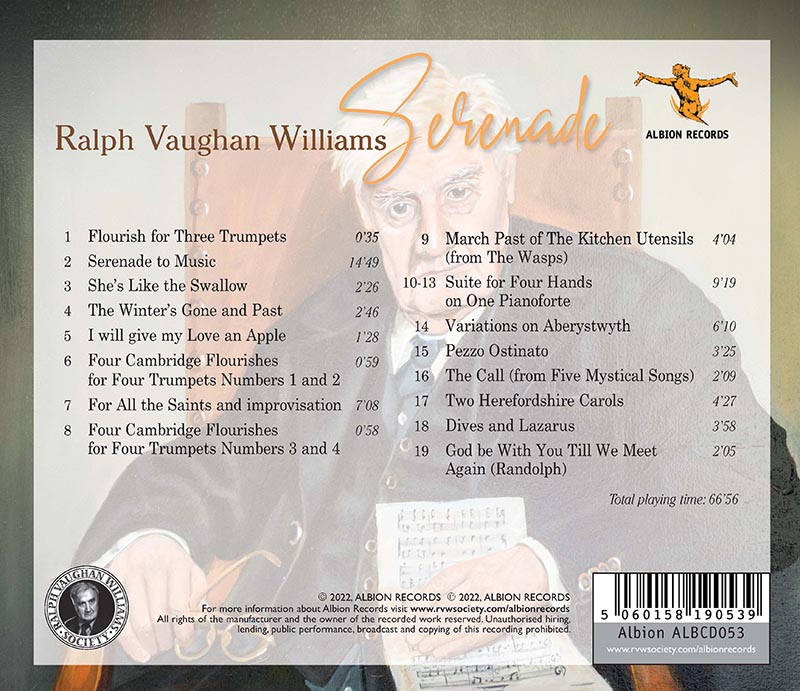