This is the fourth and final instalment in a series of four albums recording all 81 of the folk songs in English that Ralph Vaughan Williams arranged for voice and piano or violin. 57 of the 81 songs have not previously been recorded in these arrangements.

This album has 19 tracks including 13 world premières. All but four of the songs were collected by Maud Karpeles in Newfoundland in 1929 and 1930. When she got back, she and Vaughan Williams spent some hours going through everything that she had found, selecting the 15 songs presented here – with an emphasis, it seems, on the sadder songs. 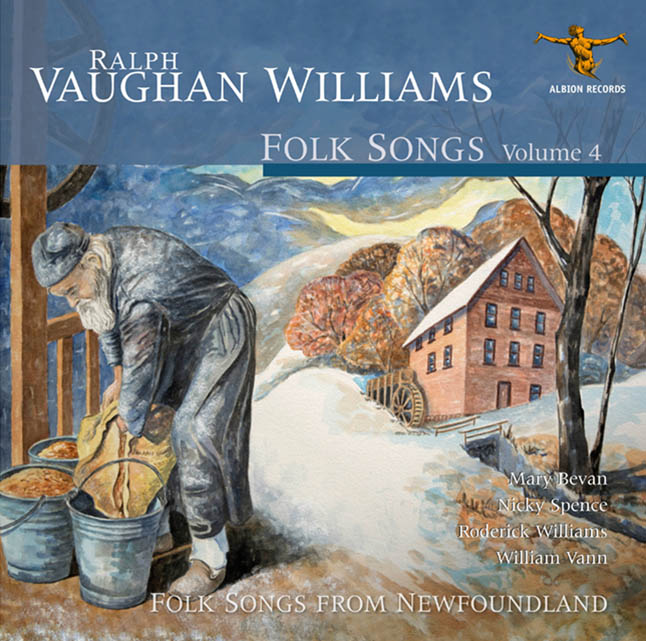 These four volumes are a delight in every way. The recorded sound is consistently excellent. Each is beautifully designed. This project now stands as one of the finest testaments to VW’s life.

I can’t say that I found a special favourite here; every item is a delightful little gem. Five stars: The superb fourth and last instalment of Vaughan Williams’s complete folk song settings.

The three singers, soprano Mary Bevan, tenor Nicky Spence and baritone Roderick Williams are so well chosen to capture the very spirit of English Song. Their voices are clean and clear and since almost all these songs tell a story, their perfect diction is just what is needed here, although the accompanying booklet does print all the words of the songs. Every setting is instantly attractive, sung and sometimes acted out too by the performers. It was great to come across some old musical friends but in fresh garb as presented by Vaughan Williams and his four superb performers.

Track 4 was recorded at Potton Hall, Suffolk on 28 November 2018

The remaining tracks were recorded at Henry Wood Hall, London from 7–11 June 2020