Following in the footsteps of Albion’s recent Walton and Vaughan Williams disc, here are three more world premiere recordings from Lynn Arnold and Charles Matthews – this time including an unusual arrangement for piano and organ.

The heart of the album is Archibald Jacob’s 1924 arrangement of the 1920 version of Ralph Vaughan Williams’s A London Symphony. This is a work that uniquely conveys the atmosphere of a city now changed almost beyond resemblance; and yet the work, like all great music, is beyond both time and place.  The piano duet recording reveals details that sometimes pass us by in the orchestral score.

Elizabeth Maconchy was both a pupil and friend of Vaughan Williams. Her unpublished Preludio, Fugato e Finale was written in 1967 for Richard Rodney Bennett and Susan Bradshaw, who performed it in the Wigmore Hall in 1968, eliciting praise from the great critic Felix Aprahamian. Charles Matthews writes that ‘In her later life Maconchy used a complex but beautiful language, dissonant yet somehow always sounding right’.

Finzi’s Eclogue, developed from a surviving movement of an unfinished piano concerto, is popular today. Lynn and Charles pioneered this arrangement in Holy Trinity church, Stratford-on-Avon – but we had to go to Rugby School to find someone willing for their Steinway to be tuned up to blend with the organ (and returned to concert pitch afterwards)! 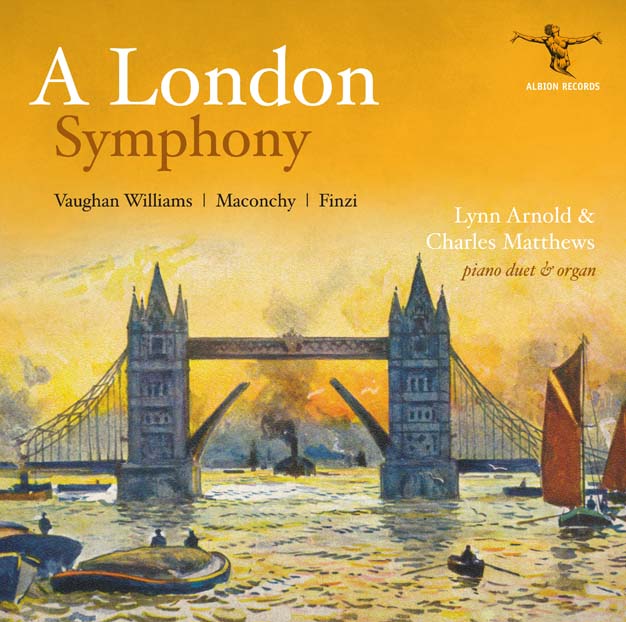 … this is a wonderful disc played and produced with empathy and insight. If every disc of the anniversary year matches this one, we are in for a bumper celebration.

For me, the real highlight of the performance is the wonderfully energetic and incisive playing of the Scherzo. It could easily stand alone as a superb concert piece. A bonus on this CD are performances of the Prelude, Fugato e Finale by Elizabeth Maconchy with the duet performers reversed. The music is breathlessly crystalline and clean. Then, Gerald Finzi’s charming Eclogue, with Charles Matthews moving to organ, in softly delicate chamber style is warmly captivating. 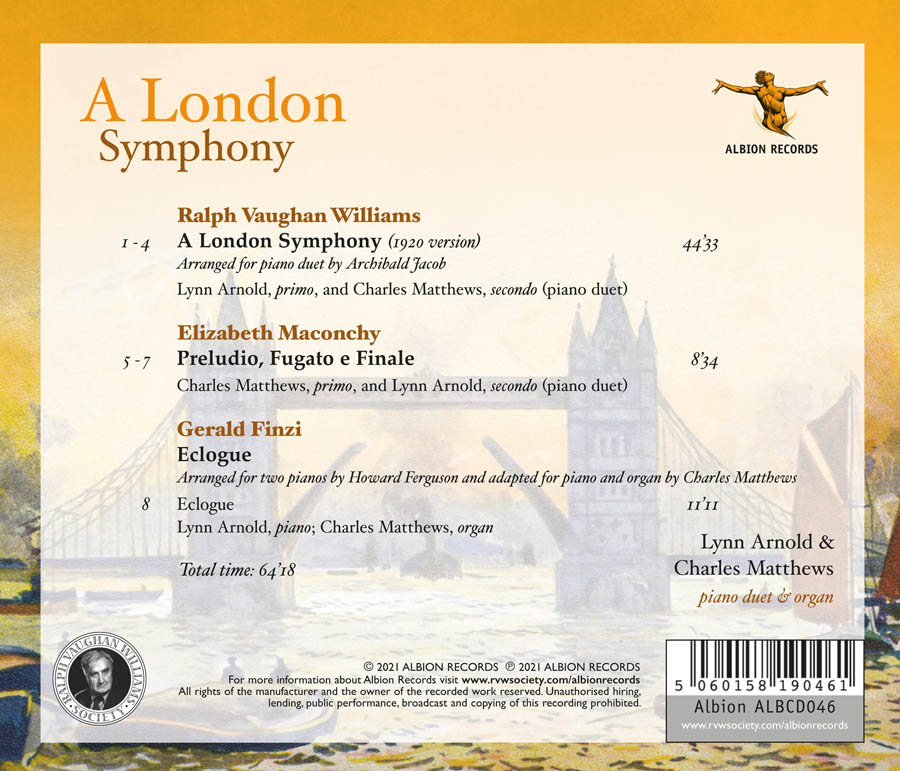