Sir William Walton Symphony No. 1 in B flat minor

Ralph Vaughan Williams Suite for Four Hands on One Pianoforte

Walton’s first Symphony was composed between 1931 and 1935. Crown Imperial was written as a march for the Coronation of King George VI and Queen Elizabeth (the late Queen Mother) in 1937.

Vaughan William wrote his Suite for four hands on one Pianoforte‘ in 1893 under the tutelage of Sir Hubert Parry. This is not only an exceptionally ‘early’ piece to find its way onto a recording, but also his only piece for piano duet.

Lynn Arnold is well known for her collaborative musicianship and for her commitment to advocating and performing British music. An alumna of Cambridge University where she held a celebrated Instrumental Award, Lynn won much recognition in various competitions during her subsequent study at the Royal Academy of Music, not least the prestigious Sir Henry Richardson Award from the Musicians Benevolent Fund. She has recently recorded various English masterpieces, including a collaboration with the Tippett Quartet for a series of albums for Dutton Epoch. Lynn is on the staff of the Royal Academy of Music and has coached chamber music at the Royal Birmingham Conservatoire.

Charles Matthews studied at the Royal College of Music, London, and was an organ scholar at Trinity College, Cambridge. Charles has won numerous awards, perhaps most notably first prize in the 1999 Franz Liszt Organ Interpretation Competition in Budapest. Schott Music has published a collection of his compositions for flute and piano. His most recent solo recording is of Francis Routh’s cycle The Well-Tempered Pianist. Other recent recordings include partnerships with Julia Hwang, violin, Tony Alcock, double-bass, and the Choir of Holy Trinity Church, Stratford-upon-Avon. He works extensively with young people, acts as piano accompanist and organ tutor at the Royal Birmingham Conservatoire, helps to direct Shipston Junior Band and also works as a coach on the annual Curso Internacional Matisse in El Escorial and Segovia, Spain.

Lynn and Charles have performed as a duet across England for some years. They have explored and performed much of the core repertoire for this ensemble in terms of both original compositions and transcriptions. A mutual passion for English music features significantly in their choice of repertoire. 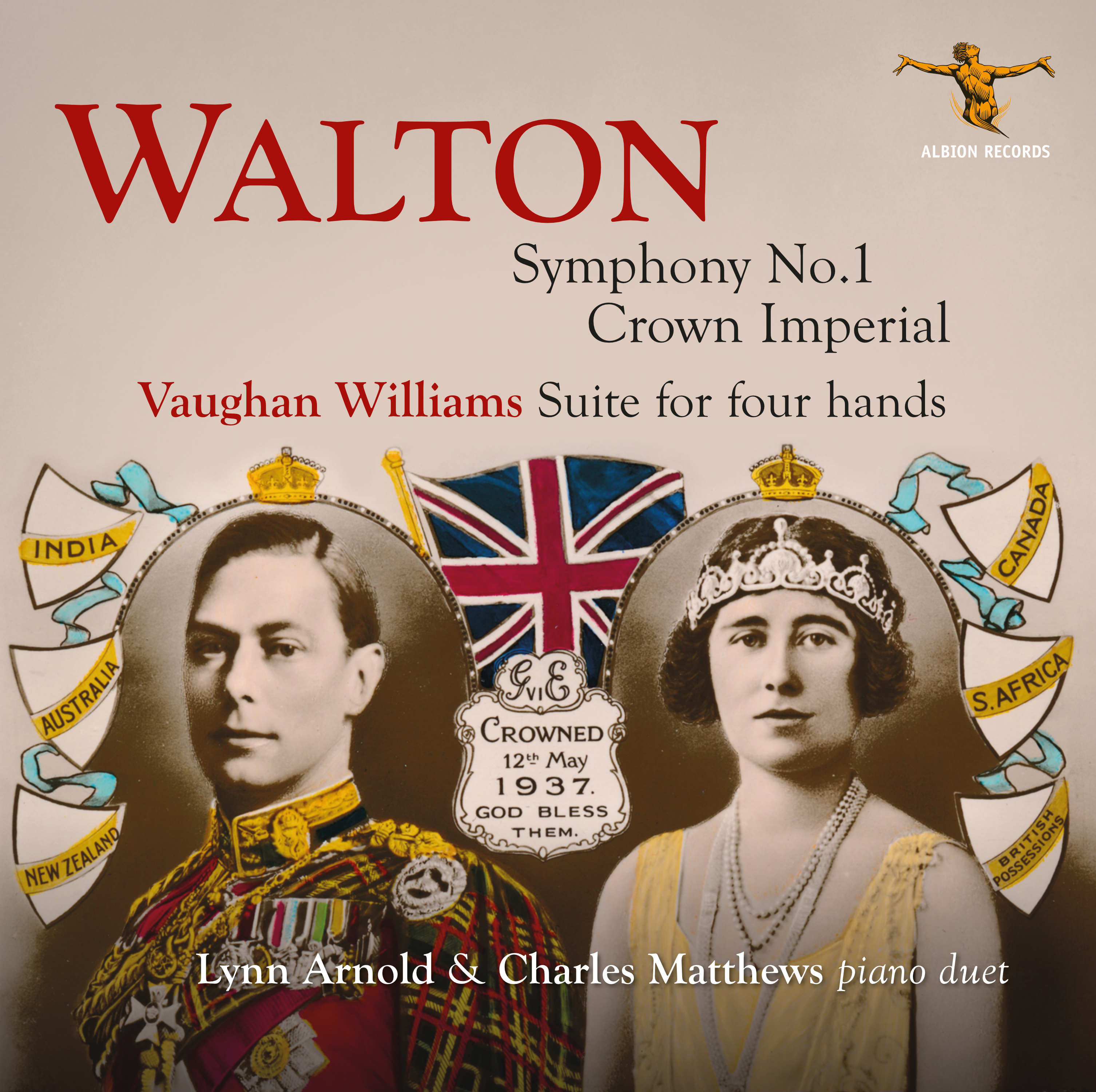 Vaughan Williams himself features on two other new releases, both from Albion Records. His Suite for Four Hands on One Pianoforte of 1893 – written when he was only 21 and showing very much the German romanticism of his teacher, Hubert Parry – is played by Lynn Arnold and Charles Matthews, who also perform, on the same disc, a piano transcription of Walton’s dramatic and propulsive First Symphony, recorded here for the first time. This arrangement, by Herbert Murrill, is revelatory: one can hear the bare bones of the music and see its structure exceptionally clearly, however well one thought one knew it. Sometimes the interpretation by the two pianists seems slower than any orchestra’s, but rather than create an impression of turgidity it simply draws the listener in to the heart of the music. The CD also contains Murrill’s appropriately majestic arrangement for piano duet of Walton’s Crown Imperial.
Simon Heffer
Sunday Telegraph
9 October 2021

This main draw on this entertaining CD is a piano duet version of Walton’s Symphony No. 1, made two years after the work’s premiere by Herbert Murrill, then Professor of Composition at the Royal Academy of Music. A contemporary review described the transcription as having “some formidable and strenuous pages… more likely to be tackled by serious students than duettists giving an evening’s entertainment.” Lynn Arnold and Charles Matthews are much more than serious students; this performance is mostly a blast, and recommended to anyone who loves this symphony.
Graham Rickson
theartsdesk.com 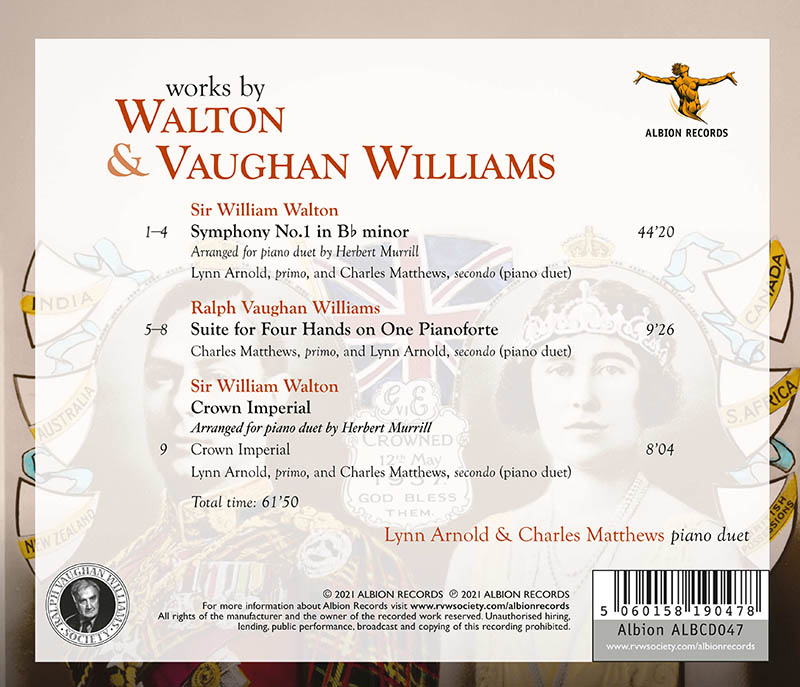